Guys, I’m a One Direction fan. There, I said it.

I went alone to their movie, “This Is Us.” I didn’t tell anyone (except for Facebook, of course) that I was going. Hell, I could barely look in the eye of the girl checking tickets.

And you know what? I loved that movie, every single minute of the ridiculous 3D extravaganza of it. I smiled for two hours. I laughed. I sighed. (I didn’t cry, because the story of One Direction is a story of happiness & puppies & sunshine & butterflies & daisies, so there was nothing to cry about.) ((Except when Zayn almost cried, because, Zayn!! but I digress.)) 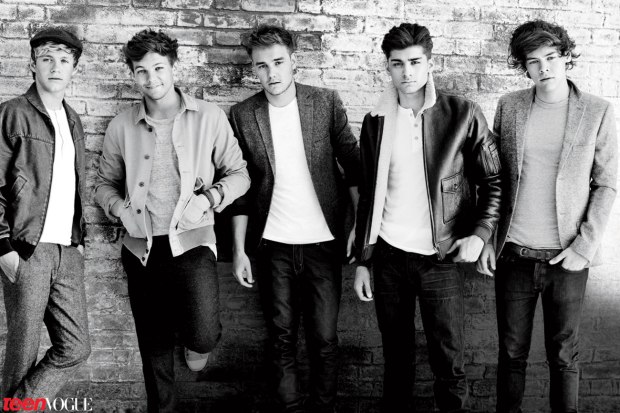 Yes, it was a two hour propaganda piece, a commercial for the band and their pop-rock-hit-machine music. But damn it if they aren’t adorable. And damn it if their music isn’t insanely, foot-tappingly catchy. And double-damn it if that movie isn’t a pretty piece of entertainment, all told.

How, you might be asking, did it come to this? How did a (fairly) normal, (seemingly) smart Yale-educated young adult end up as a self-identified Directioner? (In my defense, it is the “best fandom in the world” according to the boys, so at least I chose a high-caliber group.)

I’ve been puzzling this out myself quite a bit over the past few weeks, ever since my 1D fever set in, and frankly I think we’re giving the group less credit than they deserve. Here are reasons that everyone should be a 1D fan:

(1) They’re like the boys in high school with the big personalities who you always wanted to hang around with but were too shy to talk to except when you had to be lab partners in class. (What, this didn’t happen to you too?)

(2) They’re hot in a skinny-British-boys-with-tattoos way. And there’s a different look for each of your different moods, from slightly angsty to happy-go-lucky!

(3) Their voices are not bad at all, and each of them are different. (Harry = husky rocker; Zayn = R&B crooner; Liam = musical theater; etc.)

(4) Did I mention they’re adorable?

(5) And they totally ham it up for the camera.

(6) And, as the movie makes pretty clear, they’re not entitled Hollywood brats—they’re just dudes who would’ve ended up as a firefighter or a factory worker (Liam) or selling croissants out of the local bakery (Harry) if fame and fate (in the form of Simon Cowell) hadn’t stepped in.

OK, so I admit, all of that is pretty superficial. But there’s more.

(8) One Direction is a band that is a properly contemporary product, is completely self-aware of this fact, and fully cooperates with the conditions of its creation. (#culturecriticSWOON, right?!)

Niall Horan, Zayn Malik, Liam Payne, Harry Styles, and Louis Tomlinson all auditioned individually for the UK’s popular “X Factor” reality TV show in 2010, a singing competition kind of like “American Idol” (including the Simon Cowell component). They were all cut fairly early on—and then Simon, using some kind of sixth sense of celebrity, brought them all back on the show as a single unit; as that nineties throwback, the classic five-piece boy band. 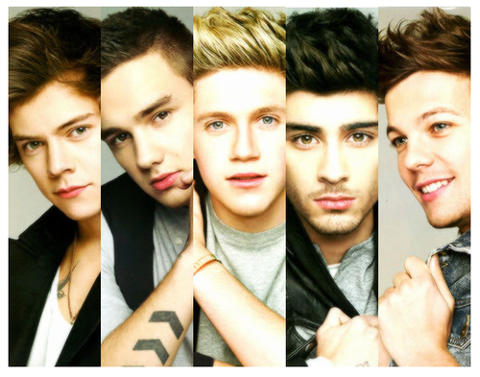 Subconsciously, Simon was tapping into something pretty profound: teenagers (as explained in my previous post) work well as groups. The social dynamic of a teenage band plays well off of itself, feeding its own cultural field. And in the perfect feedback loop, a generation of tweenage girls fell in reality-TV-era love. (What is the TV screen but a porous barrier after all, and one that we are now used to crossing with ease?) They took to professing their love in the best, loudest, and most lasting way they knew how: via Twitter and social feeds. Internet, meet tween culture and its stupendously powerful hive mentality. If teenagers are bad at individuality, tweens are even worse; and fueled by the reinforcing mechanism of the interwebs, the excessive, all-encompassing fandom of One Direction became nothing short of a self-fulfilling prophecy.

And the direction of One Direction (don’t mind the pun) was, similarly, outlined by the fans that made the band… before the band could even really make itself. It was the girls who voted One Direction through the competition, even though the group ultimately came in third in the show. Most third-place finalists in reality TV fame competitions fall into anonymity just as quickly as they rose to insta-fame. But One Direction was a brand, not a name. And it had loyal customers—loyal customers who had inextricably tied their identities to the success of the boys, to the message of a modern-day boy band, to the image and sound of the group. They hadn’t even released a single, but they were already a guaranteed success.

It was these fans who made One Direction’s continued existence inevitable, and the continuity of their look and sound similarly predetermined. More than any other age group, these girls had access to and free time for imagining the One Direction world they wanted to build and live in. They had the emotional vulnerability to fall for five perfectly-proportioned British almost-boyfriends (I mean, have you met tween boys lately? They aren’t exactly heartthrobs), who existed just out of reach on the other side of their active Twitter handles and outtake videos.

In other words, this is a classic case of cultural co-production. The product is the world’s first billion-dollar boy band.

(Case in point: this epic fragrance ad, below, which is basically everything you need to know about 1D and their fan base, condensed into one minute of nonsensical but strangely alluring pseudo-sexual imagery):

STAY TUNED FOR Part 2 AND Part 3—because I literally cannot stop with the 1D lovin’!!!